How My Race Career Began

“My first encounter with a race car: My parents were gone for the night and my sister was watching me. My older brother came over with some of his friends with their Camaro race car. I remember them starting it up and my sister took me out in the garage and I asked why it was so loud. She said it was because it was fast.

Fast forwarding a year or so and my dad had an lawn edger that was loud, while it was running I asked him “is it fast?.” Later on I would come to love these sounds that startled me as a youngster.

The second time I went to a drag strip I was 22 years and old drove an ET roadster. From there on I continued driving it on weekends when time and money allowed. Wanting to have my own race car I shopped around for chassis kits and considered building a race car myself, but was talked out of by friends and a local chassis builder and wound up building a top alcohol dragster.

Changing directions during the build, I decided to experiment with nitro and put a blown big block Chevy in it. I ran it a few times locally before a split with my business partner forced the sale. After establishing my own hot rod business nostalgia funny cars caught my eye. I knew I had to have one.

I had the resources and the personnel to run the car, so I said “why not.” We had a lot of success and my first full season I won the championship. We carried the championship over to the next year as well, winning races in all three sanctioning bodies.

While I’m a full time driver for Jim Dunn on the NHRA Mello Yellow Series, I continue to enjoy driving my nostalgia funny car when time allows. I enjoy seeing all my friends I have met and look forward to meeting new ones.” 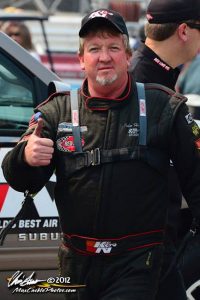 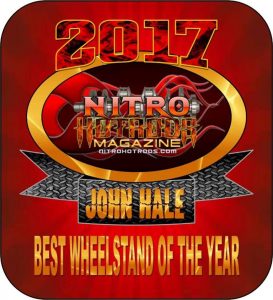 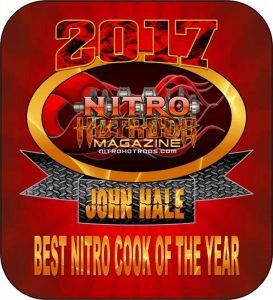 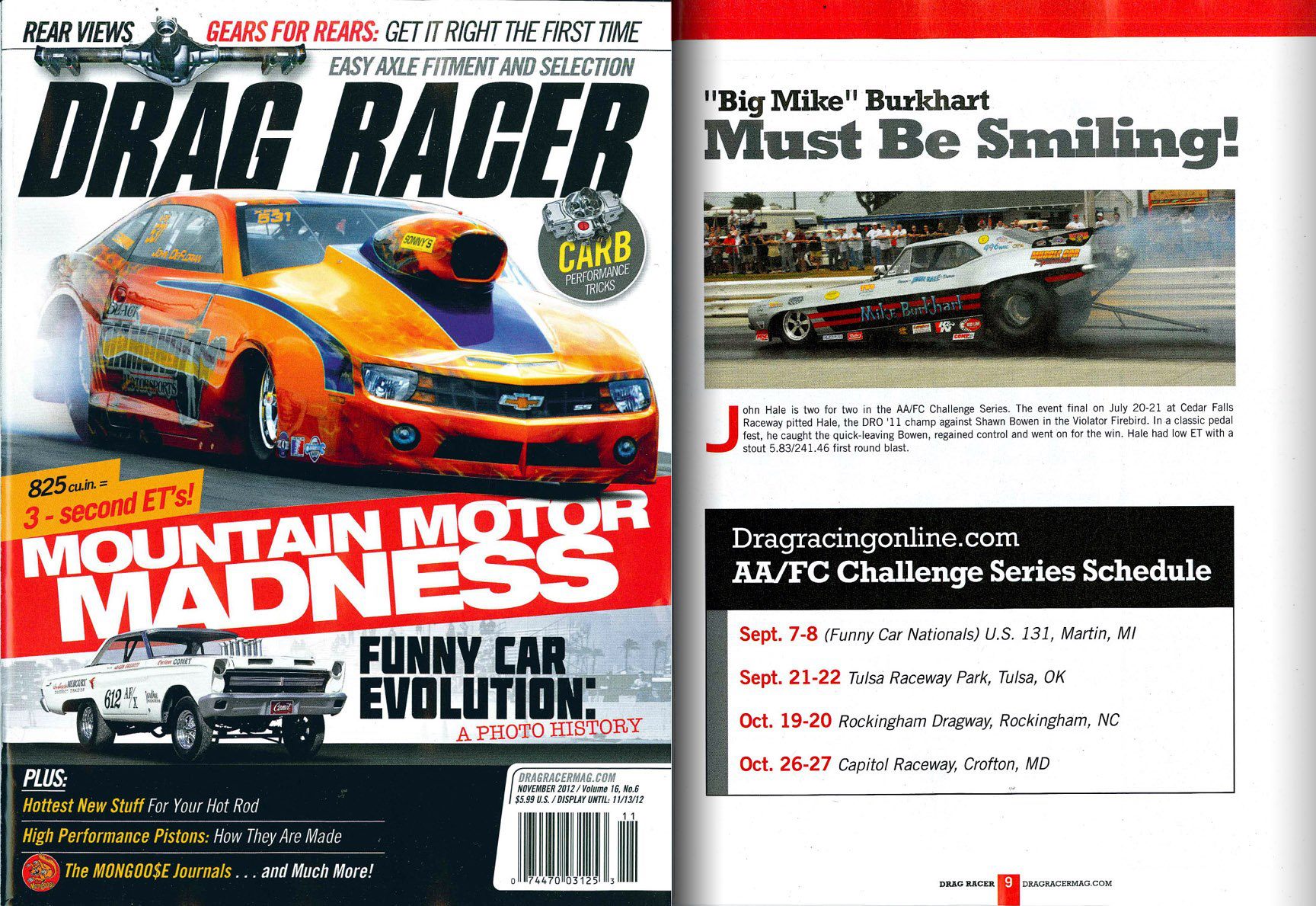