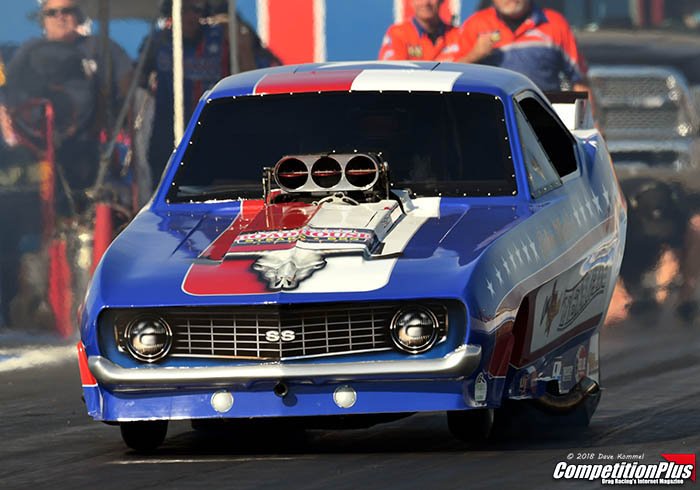 Hale said the transition was a smooth one.

“I helped load the car up top in the trailer, and then we loaded up all the other stuff,” Hale said. “And I was okay. Then today on Facebook, I see my car in another shop with other people working on it. And that felt strange.”

Hale still has his Kenworth and 53-foot’ transporter as well as his tools, and he’s consigned this to Elite Motorsports.

It’s unknown where the crew will end up, and according to Hale, crew chief Guy Tipton has a couple of options available to him. For the last decade or so, Hale went all-in on drag racing, and in the two seasons he raced the NHRA Mello Yello Drag Racing Series (2015-2016), he logged as many as 60 races, adding in a couple of Heritage Series events along the way. Hale admits he got a bit burned out with life on the road.

Hale might have gotten burned out but quickly admits he’s never lost the passion for the straight-line sport. There’s also a chance he could return as a driver on the NHRA Mello Yello Drag Racing Series with a 10-race schedule.

Hale confirmed the potential new venture will be sponsored by his Best of Texas Barbecue Sauce brand, a move he hopes will compliment a move to get his brand into major supermarket chains nationwide.

“We just shipped our first order to Tom Thumb and Albertsons Grocery Stores, so it’ll be on the shelf in 165 stores any day,” Hale added.

“We don’t really know what kind of supply that we’re gonna have to keep on hand to meet that demand from those stores, because we really think once this thing takes off, that it’s gonna take off good. So, right now, I’m making a batch, which is about 320 cases. We just shipped 180 cases on that first order.”

Hale got into the barbeque sauce business about six years ago and has been on an upward trajectory ever since.

Hale might be busy with the barbeque sauce, but did admit he’s got another source of adrenaline rush despite selling the Funny Car,

Hale is an avid pilot and owns two planes; an aerobatic trainer and a fully aerobatic Skybolt, which is a two-seater bi-plane with a 300-horsepower engine.

“With all this racing and stuff that I devoted myself too, I’ve put off finishing up some of my endorsements and my pilot license,” Hale said. “The first thing I’m gonna do when my trailer gets to Elite in Oklahoma, I’m gonna do my last couple of things to finish up my pilot’s license. That’ll be another chapter that’s closed, getting my pilots license. Something that I’ve been needing to do.”
Hale also has a penchant for fishing.

“About two, three weeks ago, we went down to Florida,” Hale said. “My goal was to see what the housing market was down there. Maybe get a small house on a canal that connects to the Caloosahatchee River on the Gulf Coast near Fort Myers. That way you can be on the gulf in minutes, or you can head east to Miami and on down to Key West. Before we make a decision though, we’re going to explore a couple of other destinations right after Christmas.”

Just like with his racing, Hale is all-in with his fishing.

“We catch speckled trout, red drum, and bull red drum which are 30 pounds and up,” Hale said. “You get one of those on your line. You’ve got your hands full for about 15 minutes because we use light tackle with really high strength lines. So, yeah, you really have some fun there.”

Hale’s done with racing but for now, he’s going to supplement the rush of racing with other activities.

“You don’t do [certain activities] for a while ’cause you’re busy doing everything else you do,” Hale said. “And then, once you do it again, you realize how much you love it, and how happy it makes you. And you just wanna do it some more. So that’s really kind of what this new chapter is about, is doing some of the things I really like to do and having more time to do them.”

Hale is coming back to Funny Car; he just needs to recharge his drag racing batteries again.

Link to original Competition Plus article