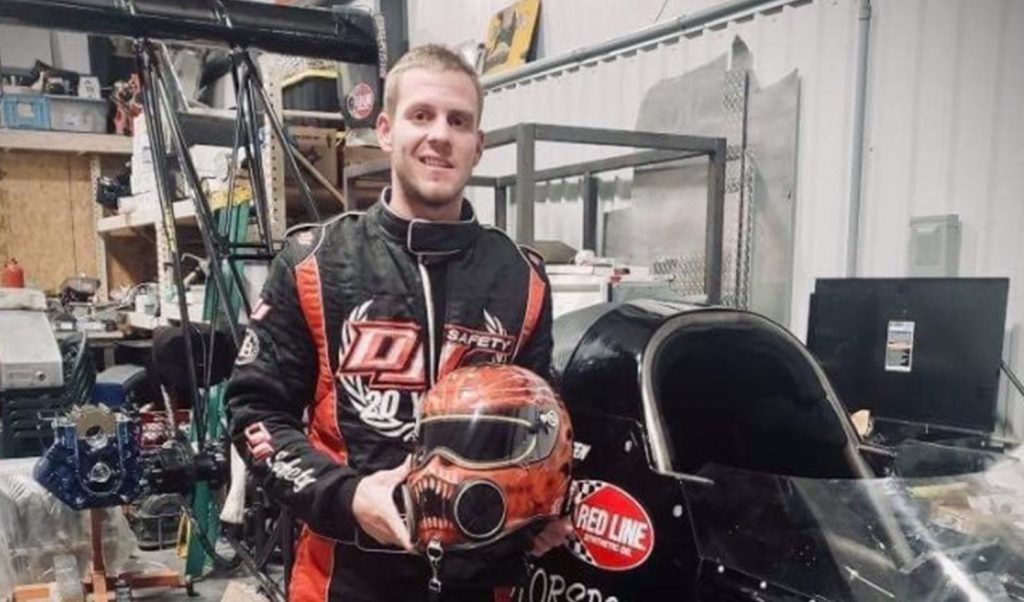 Nostalgia Top Fuel driver Joey Haas is taking his racing program to the next level in 2020. Haas, a Drag Illustrated 30 Under 30 award recipient in 2019, will be stepping up to the NHRA Top Fuel ranks at select events this season, piloting the dragster owned by Terry Totten.

The partnership began with a simple Facebook conversation, when Haas posted a photo of his nostalgia Top Fuel and Funny Car license. With Totten building a new nitro Funny Car for this year, there was a need for a driver to fill the empty seat in the dragster.

“Joey’s a good guy and a good driver,” says Totten. “We thought of Joey because he’s young and he’s got a pretty good following already. He expressed some serious interest in wanting to go to the next level, and he just wants to keep climbing. I think he could do real well.”

After numerous messages between Haas and Totten, conversations grew more serious. Shortly after PRI, Haas traveled to Totten Motorsports in Gretna, Nebraska, to get seated in the car and make sure everything would work.

“As soon as Terry showed an interest, I had to jump on it,” Haas says. “This has been a lifelong goal of mine, and I do not plan to stop here. I cannot thank Terry Totten and his team enough for this opportunity.”

But even with a car and driver in place, Haas still needed funding to make it work. Enter John Hale and Chip Lofton. Hale, a nitro Funny Car driver himself, is the owner of Best of Texas Barbecue Sauce; Lofton owns Strutmasters.com, a household name in drag racing.

“John Hale, we’ve been running with him since probably 2008,” says Haas. “He sponsors Funny Car Chaos. He’s seen me grow as a driver in my alcohol Funny Car, and we’ve kept in touch. So I always knew he was there to help out. And I talked to Chip, because I know he talks to the guys without a lot of funding, and he just does it out of the graciousness of his heart. There’s a lot of guys he helps that are underfunded teams going out there and doing it, that wouldn’t have a chance without him.”

The first order of business will be to take Totten’s Top Fuel and Funny Car to Wild Horse Motorsports Park, near Phoenix, for the NHRA test session Jan.31-Feb. 2. Haas plans to earn his Top Fuel license during testing, while Totten will get his nitro Funny Car license. Both will return a few weeks later for the NHRA Arizona Nationals Feb. 21-23, and also run at the DENSO Spark Plugs NHRA Four-Wide Nationals April 3-5 in Las Vegas. If all goes well, Haas hopes to compete at additional races in the fall.

“Maybe St. Louis and Dallas. I’m trying to keep the middle of the season open so I can still run the nostalgia front-engine Top Fuel car with the Extreme Top Fuel circuit here in the Midwest,” says Haas. “I’m still committed to those guys and the car Steve McClain owns. And if any dates are still open, I plan on running my alcohol car at Funny Car Chaos. So I got a hand in a bunch of cars here, but we just make it work.”

Throughout the process, the men remain humble and realistic about their goals for 2020. Going against teams with almost unlimited budgets, Haas and Totten will have completely volunteer crews, and know the importance of running consistent numbers without tearing up parts.

“It’s a lot of work for one small group of people to field two cars,” says Totten. “There’s always these thresholds. Once you start running 3.90’s at 300 mph, that starts to take its toll on the parts. Our budget is gonna allow us to go out and get in the show, and take on the big guys.”

It’s exciting to see what the future will hold for the 28-year-old Haas. Already an experienced driver in the world of nostalgia Top Fuel, Funny Car, and Fuel Altereds, going Top Fuel racing on the biggest stage has always been the end goal. And with that goal is now firmly in sight, Haas hopes it’s only the beginning.

“It’s definitely the biggest step we’ve taken. I obviously couldn’t do it without Terry coming to present me the opportunity, and Chip and John being able to support it. I don’t know if they’ll go on to the fall races, but I’m definitely gonna try to push them to help out. A few small sponsors go a long way to be able to do more. And everything’s open to bigger and better opportunities. If everything works good, maybe that’s all I do next year is the big show stuff.” 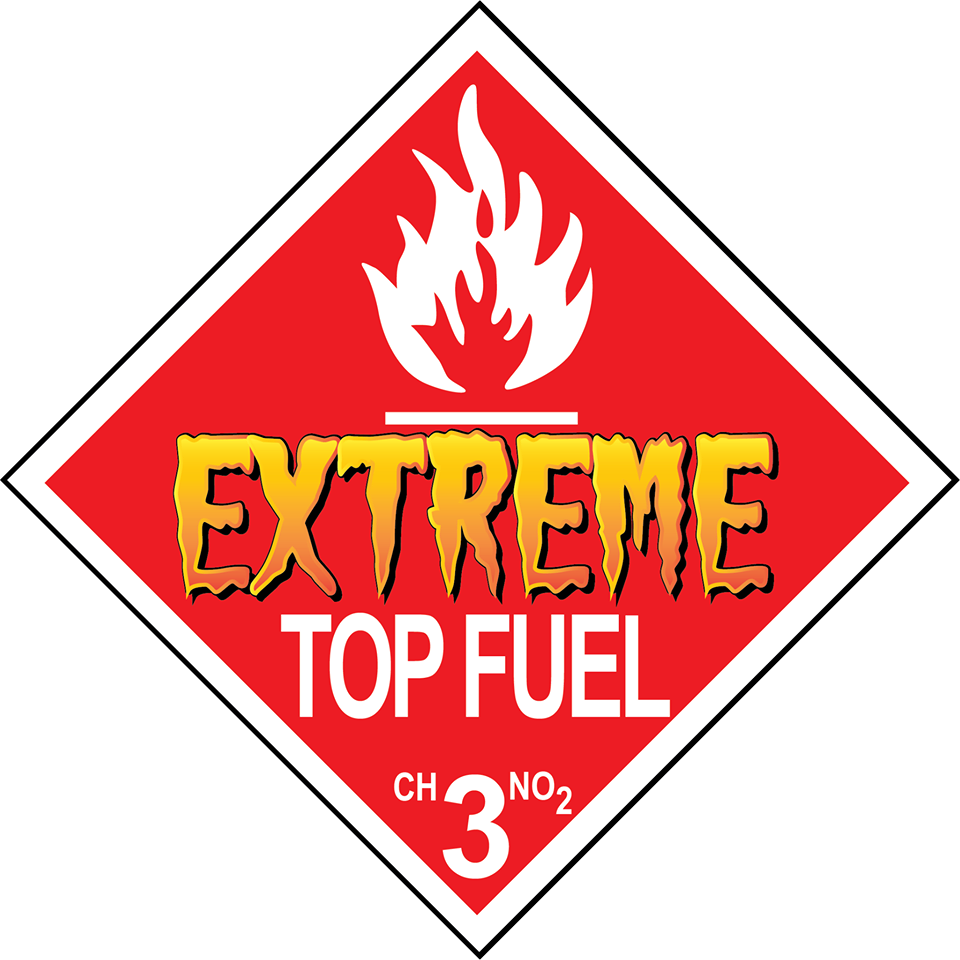 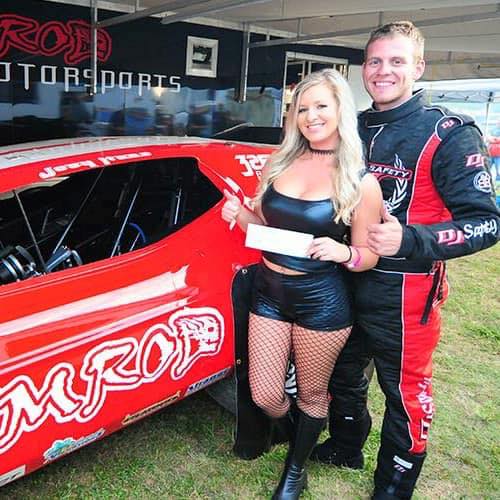 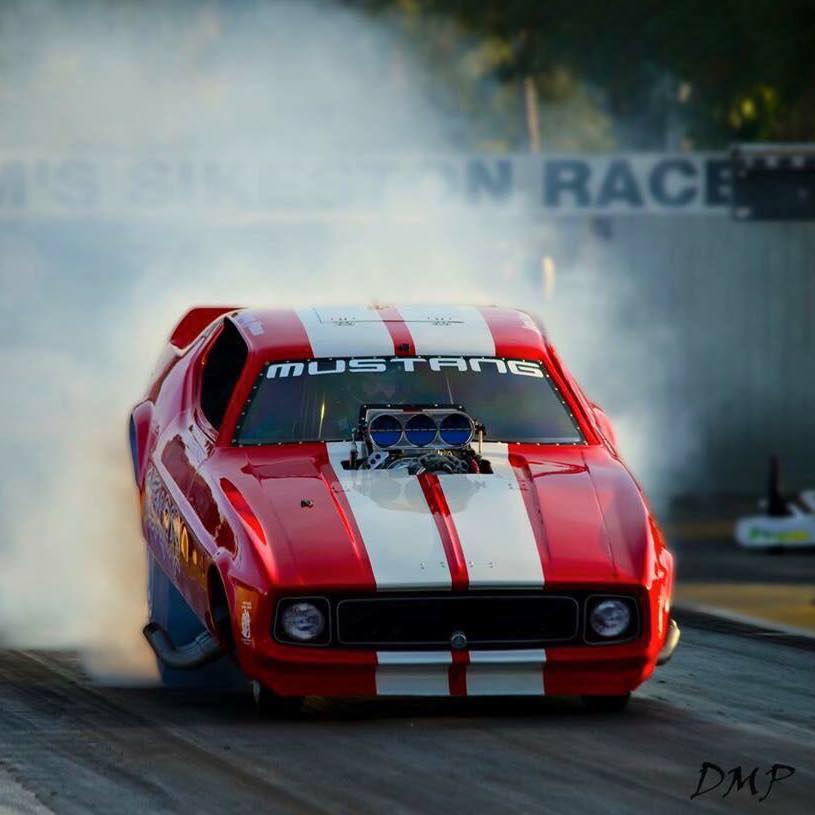